One of the biggest lessons I learned this past year was to pack light and not hold on to things that have no real value. I was forced into this lesson when preparing for a huge transition in my life as I journeyed across the country to my birthplace. The memory of how I landed in California is still fresh in my mind both figuratively and literally.

I purged years of my life in a matter of weeks in order to begin again in a safe place. After over ten years of marriage, infidelity, and abuse, I packed my bags in search of reclaiming joy and the right to be whole again. I was traveling to an unknown space that I somehow also called home with hopes of finding myself again and I did just that.

The day that I left Louisiana will be one I will never forget. The enemy was vigilant in attempting to sabotage the very path that God told me to take on this journey home. I was deeply depressed, stressed, and full of anxiety, but still managed to make it through.

I was literally at my lowest point and my options were few. The only goal was to get out and reclaim my sanity and my freedom. Leaving what I called home for the past 12 years of my life was bittersweet but so necessary. I left it all behind only keeping hold of my faith and two suitcases, one for me and one for my two daughters.

During the weeks that led up to our departure, I cried a hurricane of tears that seemed to never end. I didn’t eat and I didn’t sleep. I purged our home until all that was left was our furniture. There was a pivotal point in this process when I realized that the material things that I held so dear to me were still things…things that could be replaced and had no real value. I worried so much about the things that I wanted to bring with me that I almost forgot how much value I held alone…just me. I needed to ensure that I was kept safe and protected. That’s what was and still is important.

The same way I cared for these things that didn’t have breath or actual worth, I learned that I need to care even more for my own well being. I went from holding on to meaningless objects to throwing away the clothes on my back the day of our departure. I finally felt free. I was no longer weighed down by the baggage I chose to carry around with me.

I let go of the memories that held me captive in such an unsafe space in my mind. I stopped holding on to what could have been. It was time to let go of the grasp that I had on what used to be and allowed myself to see things for what they really were. Broken, unsafe, expired. My time was up.

God had greater plans for me, but I was holding on to the good that only my blurred vision could see. I continued to extend grace in situations that led me to become overextended and out of touch with God’s plan for my life.

I poured into someone that was not capable of doing the same for me. I forgave and showed so much grace in a situation that should have never existed in the first place. I allowed my children to believe that abuse was okay and that this was what love must look like. If love was covered in the shadows of darkness, sleepless nights, thoughts, depression, and lack of worth, well I guess it was evident. But this wasn’t love.

I showed my girls what real love was by sacrificing everything so that we could have everything that God was holding on to for us. Their screams through shattered glass and my tears were the motivation that pushed me to ensure that they had better. I’ve learned a lot about during the process of unpacking my truths. 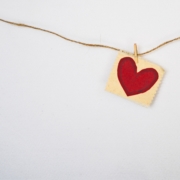 Your relationship status is never complicated with God 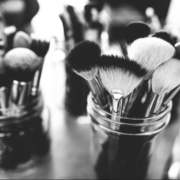 How I Learned to Affirm My Inner Beauty
0 replies

Want to join the discussion?
Feel free to contribute!

Hey tribe! If you enjoy my content and want to see more of it, please consider supporting what I do. It takes a lot of time and energy and one cup of coffee can make a huge difference! Thank you so much for your support! Erin 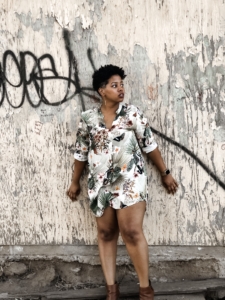 Catch Up On The Latest

﻿5 early bird tips for a not so morning person

How I Learned to Affirm My Inner Beauty Scroll to top